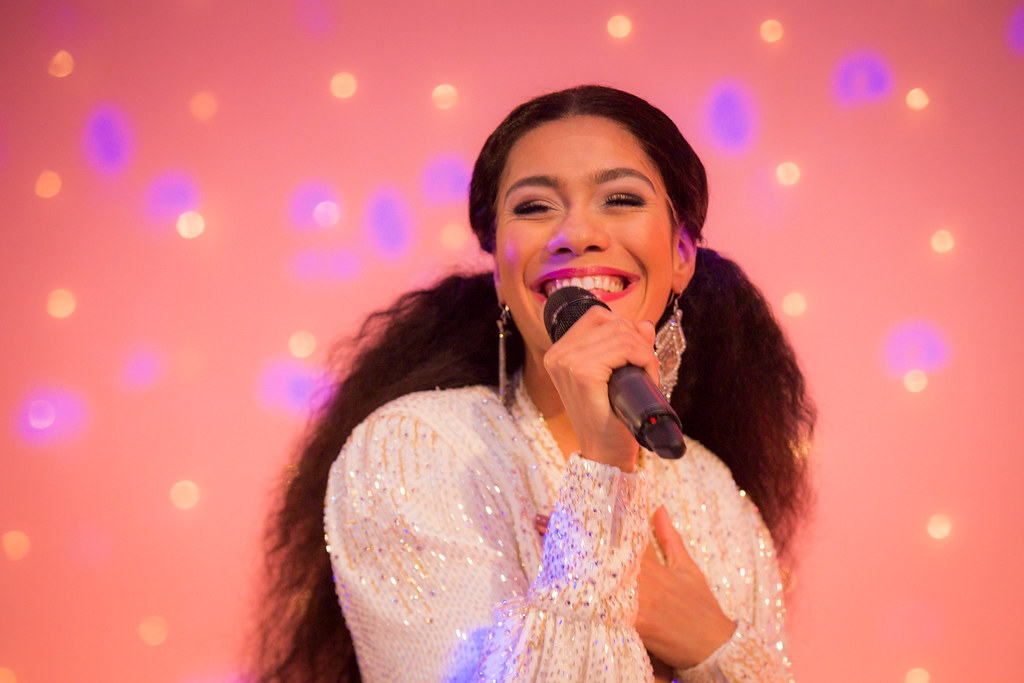 Saturday 26th November saw the Grand Ballroom at London Hilton on Park Lane light up with the festive Foundation Ball. The talented cast of Motown the Musical entertained 680 guests with numbers from the hit West End show, while special prizes from a stay in Conrad Algarve through to a flight in a Spitfire helped the Foundation raise an incredible £420,000 – our best result ever!

This year’s event was generously sponsored by Splendid Hospitality Group, whose owners nominated The Aga Khan Foundation UK to benefit from a share of net proceeds of the evening. The grant to AKF will help support early education for children in impoverished communities in Northern Pakistan, and complements and furthers our established education work in the UK and Europe.

A troupe of dedicated volunteers from Hilton helped the Foundation team to set up the Ballroom in the daytime with gift bags, table settings, and brochures. They then welcomed guests as they arrived for a champagne reception.

Chef Anthony Marshall and his talented team produced a sumptuous four-course dinner with wine, while Production Plus oversaw the transformation of the Ballroom into a Winter Wonderland theme.

During the meal, guests were entertained by the Essex Marching Corps, a band of 32 children and young people who in their bright blue and white uniforms and caps played a variety of big tunes such as Land of Hope and Glory, All I Want for Christmas and Don’t Stop Me Now.

Father Christmas even made an appearance, welcoming guests and inviting them to sit for dinner. The silent auction, with tablets kindly sponsored by Patrick Fitzgibbon, raised an amazing £75,000.  Matt Poole, former rugby international, helped compere proceedings and was the auctioneer for the evening, helping to raise a further £55,000 from the ten prizes on offer.

The highlight of the evening was an amazing performance from the cast of Motown the Musical, which is currently being staged at the Shaftesbury Theatre in London’s West End. Arriving after curtain down from their Saturday night show at the theatre, the cast enthralled guests with a medley of songs and dances from the show, including My Girl, Reach Out and Touch and Dancing in the Street.

The Foundation is incredibly grateful to the Ball Committee, the hotel staff, guests, volunteers, prize donors, suppliers of in-kind goods for the gift bags and food and wine. Special thanks also go to Stephen Burnett for Motown and to Splendid Hospitality Group for its sponsorship. Without everybody’s hard work and generosity, the Ball simply wouldn’t be the amazing success it is. Thank you.

We use cookies to support features of our website and allow trusted partners to analyse aggregated site usage. Keep cookies enabled to enjoy the full site experience. By browsing our site with cookies enabled, you are agreeing to their use.

FIND US ON SOCIAL MEDIA

By signing up to our mailing list you are giving your consent in line with GDPR to receive our monthly Highlights newsletter by email.

You can update your contact details by emailing us at contact@dmtfyp.org.

You can also change your consent to be communicated by emailing contact@dmtfyp.org.